What’s better than a new tool? A really cheap, yet high quality tool. Found at a yard sale buried in a box and rusted together into a solid block, but for $50 who could argue? Here are some of the pictures that I took of the lathe that I purchased in order to do some simple turning for a lot of my later projects.

The lathe before any cleanup: 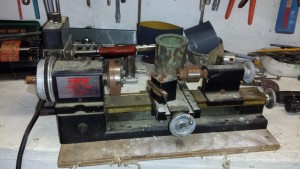 Pretty nasty huh? Just needed a little elbow grease and some love. Most of the wear on the machine was entirely superficial, the lead screws are still in decent shape. Though, they were a bit sloppy, which is to be expected from an old worn out lathe. The company that produces the lathe Sherline sells replacement parts for their products, and most are backwards compatible. The lathe that I found is from 1978, and they still produce replacement parts for models that old. So, purchasing a tool rest for wood turning, new lead nuts and a few other bits and bobs that were missing I cleaned out the lathe top to bottom. 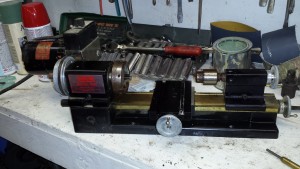 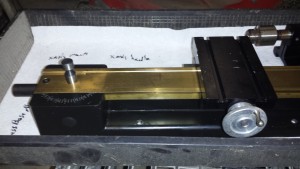 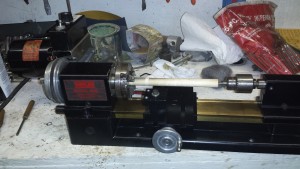 A couple of carbide bits later, and it’s turning like new. One of the better purchases that I’ve made. Sometimes it seems a little small, however it suits the scale projects that I’ve been working on. I haven’t found myself wishing that I had a bigger lathe. I just have to be clever about how I use the tool, it is a very capable machine.