Attending Anime Boston one year, a friend decided to cosplay Arietty from Studio Ghibli’s The Secret World of Arietty. An awesome animated film taking concepts from the Borrowers. In order to pull off a convincing Arietty, several props were made between myself and my friend.

I was responsible for this, as I had the resources on hand, old plastic Christmas ornaments and scrap PVC pipe. The pin came out about 2.5ft long, with a fist sized pin head. Overall, it suited the cosplay well. The final model was painted, but was given away before pictures were taken. 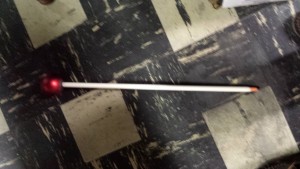 Made from PVC pipe and other scrap plastic and plumbing putty, the resulting hair clip was a little bit heavy, but was functional overall, and would hold itself up in a ponytail. 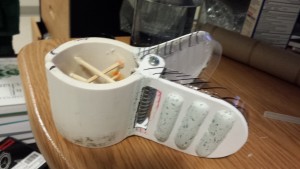 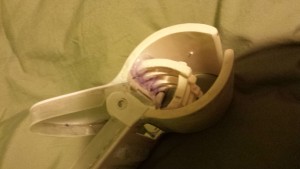 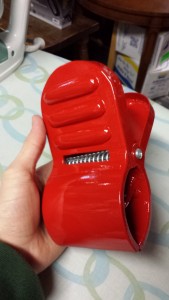 I was responsible for the lighting of the prop, and made the insert that would be installed inside of the lightbulb. Supposed to be modeled after an incandescent light’s glowing wire, the leds were a decent approximation, and would give a good battery life. 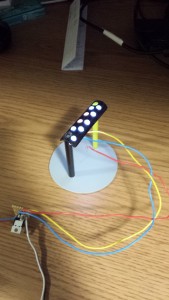 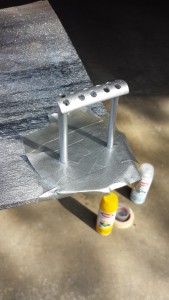